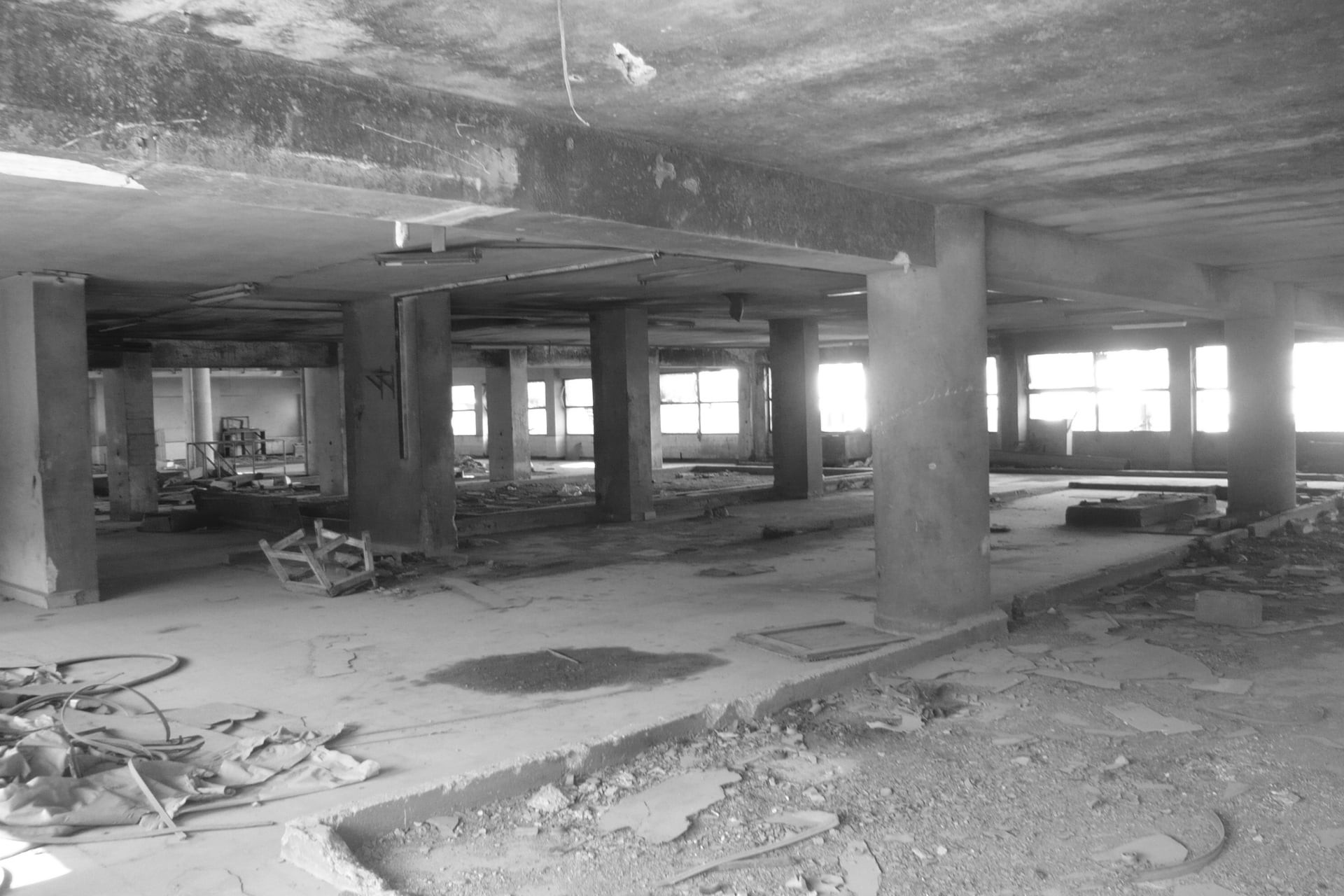 Repurposing existing structures, also called “adaptive reuse”, is the process of taking an existing deteriorated building, transforming it, and reusing it for a purpose other than what it was first intended for. And although adaptive reuse provides various economic, social and environmental advantages, there are some factors that can influence decision-making related to its implementation, and other factors that can help ensure the success of such a project.

Vacant and abandoned properties -whether empty malls, unoccupied houses, or unused factories- are a sign of a community’s valuable assets falling into decline. Properties that turn from productive to abandoned are not exclusive to cities only, they can also be found in all parts of a country, including rural areas and the suburbs, creating a negative economic and social impact on the community. Abandoned buildings, however, make up a good opportunity for transformation and reuse, stimulating economic development and growth, becoming assets in neighborhood revitalization, and achieving improved quality of life.

Repurposing existing structures, also called “adaptive reuse”, is the process of taking an existing building, transforming it, and reusing it for a purpose other than what it was first intended for. Buildings that have the potential to be reused include industrial buildings, government buildings, and community buildings among others. That is how hotels, for example, can be transformed into hospitals, schools into community centers, and factories into housing complexes. Remote buildings overlooking a body of water or vast landscapes, for instance, can also be refurbished to become retreats, and can later become popular tourist attractions.

Adaptive reuse can be an attractive strategy that developers see fit to adopt in place of new construction. And although adaptive reuse provides various economic, social and environmental advantages, there are some factors that can influence decision-making related to its implementation, and other factors that can help ensure the success of such a project.

There are multiple underlying factors that influence the adaptive reuse decision-making process. These are:

Capital investment: Most adaptive reuse projects depend on their economic feasibility. Building owners are always most concerned about financial considerations that include development costs, construction costs, investment returns, as well as marketing and maintenance requirements and operational costs. Fundamentally, the decision to reuse or demolish built assets is mainly driven by a desire for short-term profits. In fact, owners and developers most often give greater consideration to the investment in the project if commercial growth could be generated from it.

Building condition: Many factors are taken into consideration before deciding whether an existing building is suitable for adaptive reuse. The decision to reuse an abandoned building is sometimes dependent on the condition of the building and how much the new transformation could cost. When the building to be reused is in good condition, maintenance costs are reduced, making adaptive reuse projects more likely to be undertaken. Another factor that affects adaptive reuse decision-making is space, as buildings in limited spaces can be considered extremely hard to reuse, affecting the decision to implement these projects as well. The presence of hazardous materials and defects in the structure of the building can also be major factors that affect adaptive reuse, as they would pose threats on people’s lives.

Regulations: Designers and developers often find lack of support and encouragement by local governments to implement adaptive reuse on existing structures, which often discourages them from retaining these buildings. On the other hand, building codes can act as significant barriers for adaptive reuse, as they are often non-flexible and limit the implementation of adaptive reuse designs. In addition, paperwork and legal instruments, such as permits and approvals, could take a lot more time than expected to obtain, which could put the project on hold and make the process longer, affecting decision-making related to adaptive reuse projects.

Buildings, in general, truly serve as storybooks. They tell stories of the past, helping people understand the purpose they used to serve. Lack of reuse of existing structures can cause a negative impact on the society, leading to financial loss and social disengagement. Reusing buildings that have meaning to communities could potentially provide neighborhoods with an identity, adding character and providing status and image to the community. Reduction in derelict buildings can make a society more vibrant and increases living standards through revitalization and investments.

Water efficiency: Water, as in all other aspects of life, is considered an important component in construction, as it is used in all construction processes such as cleaning, concrete mixing, manufacturing, extraction of materials, plumbing and many more. Adaptive reuse can help reduce water consumption and can prove to be environmentally friendly, as less water would be used to finish the project.

Materials and resources: Adaptive reuse can help conserve the natural and limited resources that are usually extracted from earth because it rarely uses new building materials. Recycled materials are usually more used, which is why this strategy is considered more sustainable and environmentally friendly.

Built heritage preservation: Adaptive reuse can help preserve heritage buildings and protect them from demolition and unfit changes. Historical buildings are a link for the modern society to the past. They have a major significance to the society, as they help understand the story of the people that used to inhabit the city. Their preservation could promote historical development and retain the cultural identity of the community they are built in.

Urban gentrification: Urban regeneration is a very important aspect of adaptive reuse. Adaptive reuse can transform vacant buildings into usable and profitable buildings through improving the physical structures of these buildings, helping achieve urban regeneration in a sustainable way and bringing about lasting improvements on the economic, social, and environmental condition of the community.

Adaptive reuse might not work out without feasibility studies, as other factors must be taken into consideration prior to the designing process of abandoned buildings. A comprehensive survey must be conducted to assess the building’s condition, in case additional elements should be added to ensure occupants safety.

Abandoned buildings often impose a heavy burden on communities and their sustainable development. These buildings can devastate the surrounding neighborhood and undermine quality of life, as well as reduce the value of other nearby properties, leading to the economic and social decline of the community. Adaptive reuse is a suitable strategy that can help make the community more attractive and lead to its growth in the future by turning abandoned buildings into profitable assets that would contribute to the revitalization of the surrounding neighborhood and to the improvement of quality of life of its residents.