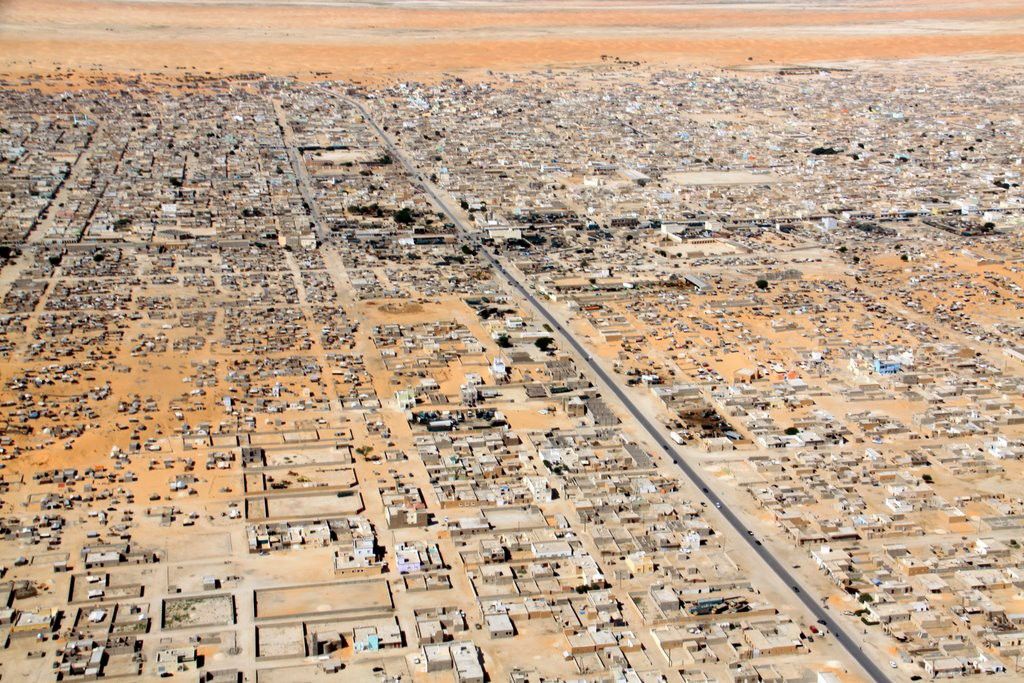 Characterized by its exceptionally rich biodiversity, Africa is seeing a very rapid and unprecedented pace of urbanization. In fact, it is one of the fastest urbanizing regions in the world, with studies showing that 6 of the world’s megacities will be in Africa by 2030. Unfortunately, the development of infrastructure and other industries in this region is still quite slow to this day, which could lead in the future to problems and increase the pressures of rapid urban growth. However, this phenomenon has pushed urban planners and architects to develop strategies to ensure that the cities in Africa are inclusive, productive, and most importantly, sustainable, allowing the cities and local governments to better face the challenges caused by rapid urbanization, including those related to constrained resources.

I. African Urbanism: Between Planning and Reality

The mismatch between planning and implementation is not unique to the African scenario. However, it is more apparent in Africa, as it is clear that African cities are only intensifying impoverishment and are lacking in infrastructure and services, despite having various urban plans set out and various development projects implemented. In fact, many urban planners have already developed, in collaboration with local governments, various plans that promised universal access to a better infrastructure, including public water, sanitation systems, transit, technology, energy etc. However, in reality, these promises have remained largely unfulfilled due to several reasons, namely corruption, lack of governmental competence, lack of good local governance, and lack of suitable public-private partnerships.

Africa has a lot of potential when it comes to urban planning, especially since it has major and important natural resources that could help with the development process of its major and urbanizing cities. Many plans have already been developed to achieve African cities’ full potential, including enhancing land-use, introducing new and efficient technologies, planning for resilience, and providing clean water.

Land-use, for example, is one of the most important aspects of urban planning, as it improves sustainability and enhances the city’s use of its resources. Urban planners have set plans for African cities to achieve this goal, considering that land-use planning can lead to better environmental protection and can help fight urban sprawl and minimize transport costs on people. Land-use can also help determine how each part of a land is going to be used, whether for industrial, commercial, or residential purposes.

Public spaces, on the other hand, can make some real difference if created and managed correctly, as they are one of the most important assets in African cities. Cities that embrace and create public spaces are known to be successful in providing the best services to their communities, improving their satisfaction and happiness and contributing to sustainability.

Food security is another aspect that can help achieve sustainable development in African cities. There are many efforts in African countries to increase agricultural production. African cities are already looking into ways to implement connected, durable, and sustainable food systems that could provide healthy food for their citizens, making use of their natural resources to reduce poverty and hunger.

African cities also have the opportunity to enhance their industrial development, with many plans developed that aim at boosting manufacturing and enhancing Africa’s industries. If done correctly, industrial development would lead to economic growth, enabling local governments to spend more money on providing public services and leading to higher living standards and quality of life.

There are several factors that greatly contribute to the failure of implementation of urban plans in African cities. Unfortunately, corruption has proven to be a particularly important challenge in urban development, as it has hindered planning for prosperous and resilient urban cities. Corrupted urban planning has deprived cities that are rapidly urbanizing and growing of important resources that could allow them to grow and upgrade their infrastructure and services.

Another main factor is governmental incompetence and lack of good governance. Naturally, local governments are well equipped to handle issues that can be encountered in cities, particularly infrastructure, housing, transportation, and sanitation amongst many others. Governmental competence in African cities, however, is largely affected by corruption, turning governments into ineffective ones. In such cases, public institutions failed to manage and properly allocate local public resources, leading to bad and inadequate infrastructure in African cities, as well as pollution and urban poverty.

Public-private partnerships (PPPs) are also very essential for cities, as they enable growth and prosperity and help address the needs of the citizens in the best way possible. PPPs are considered essential in Africa as they help design, finance, and even operate infrastructure. However, private institutions have been discouraged due to corruption and incompetence at the government level, leading to limited involvement in PPPs, which affected, and is still affecting, urban planning in Africa.

II. Urban Planning Challenges in Africa and Their Solutions

If well-planned, cities in Africa can harness all benefits of urbanization to create vibrant, livable, urban spaces. However, African cities still face many challenges when it comes to urban planning, and urban planners face many obstacles when enhancing sustainability. In general, urban planners aim at developing and redeveloping urban areas and cities to achieve a better quality of life and improve the urban environment. The most serious problem faced by urbanizing cities, including African cities, is the lack of financial resources and poor services and infrastructure, especially those related to pollution, lack of clean water, and climate change. However, instead of adapting their existing urban plans, African cities actually have an opportunity to ship up and start their planning from scratch.

Climate change, for example, can have a direct impact on African cities, as they are not well prepared. In fact, they have been identified as climate change hotspots. Climate change has already affected African cities, with increases in heatwaves and hot days in the areas, which might have severe consequences on lives and sustainable development in Africa, as it affects agricultural production, water resources, and ecosystem services. To reduce the effects of climate change, African cities must adopt new technologies that allow them to detect natural disasters sooner, such as flooding, tsunamis, and earthquakes. Green areas can also contribute to resilient cities, as they can retain excess rainwater and reduce the effects of heatwaves.

Pollution is another challenge in African cities, as it has increased significantly over the past 50 years. This challenge has become more apparent as the cities are becoming more populated, crowded, and industrialized. To reduce pollution in African cities, it is best to encourage walking and cycling over driving cars, as this could lower the impact of car pollution on the environment. Planting trees and increasing green spaces is also encouraged. It is also important to improve solid waste management and reduce the use of plastic and oil, as these can raise pollution rates. Choosing to tap into African cities’ natural resources to generate electricity and energy can also reduce the cities’ carbon footprint.

African cities also suffer from great levels of water stress because of rapid population growth and urbanization, meaning that their water systems are highly overburdened. Unfortunately, water is also contaminated in African cities, with the majority of citizens not having access to clean water. This is why incorporating water improvements into urban planning as an economic goal is necessary, as it helps improve public health. Enhancing sustainable sanitation systems, promoting good hygiene habits, and installing water purification systems can help achieve this goal and provide better access to clean water in African cities.

And similar to water, energy also represents a main challenge in urban planning in African cities. Although Africa has substantial renewable energy resources, they are largely under-exploited. And because the number of people living in cities is growing, more people are living without access to electricity, which means that urban planners need to work towards providing sustainable and renewable energy for all citizens. This includes tapping into Africa’s natural resources, including wind, water, and sun to produce enough energy to power the cities. These types of energy can actually help lower African cities’ carbon footprint and provide clean energy for the population.

Getting urbanization right is a prerequisite for sustainability. It is worth noting that African cities are taking action towards better implementation of their plans. Urban authorities are starting to invest in better urban planning, urban upgrading, improved land use, and resilience. Africa still has time to seize and take advantage of their urban opportunities and potential, with the aim to improve the living standards in cities and ensure people’s wellbeing. And because of its natural resources and the nature of its lands and environment, Africa has the perfect opportunity to ship up with development and build sustainable and resilient cities for the community. However, it is important that they steer clear from development strategies that may be irreversible and costly and that may lead to bad quality of life.