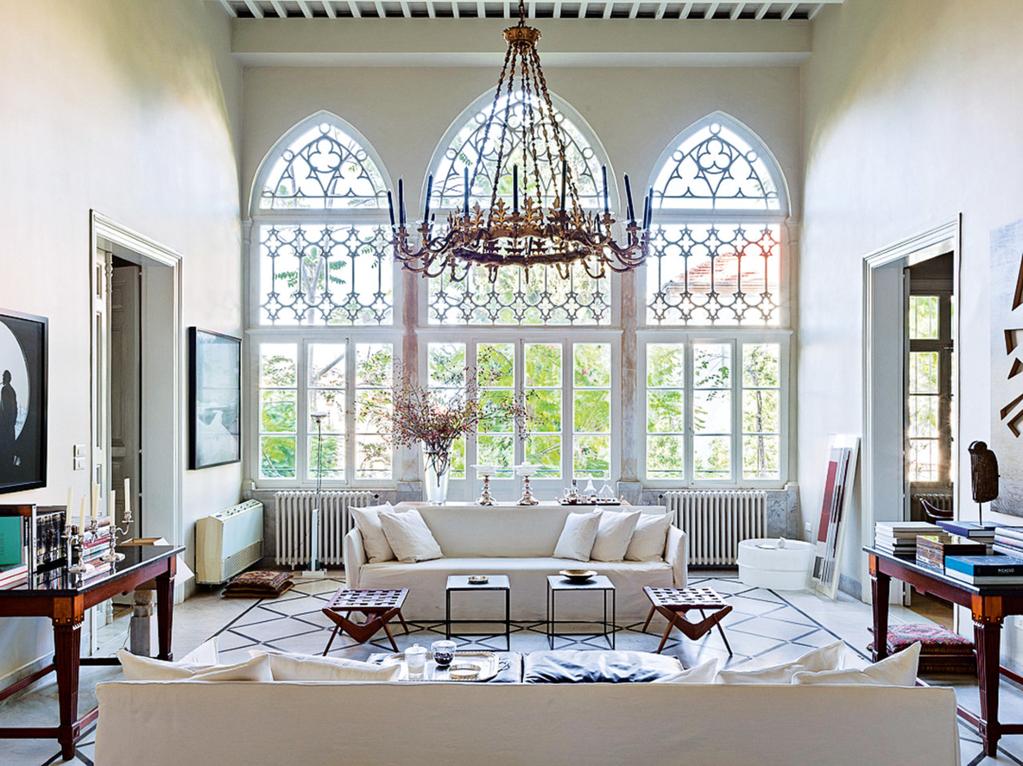 Lebanon has a rich and diverse heritage inherited from many civilizations that existed on its territory. Lebanon, once home to the Phoenicians, has been colonized and conquered by many countries, all of which left a huge cultural heritage and traditions in the country. Lebanon’s heritage mostly dates back to the 19th century, and it has been largely and mainly influenced by both the Ottoman and the French eras. Among Lebanon’s huge heritage are the traditional and historical buildings that are mostly still present in Lebanon’s capital city, Beirut. Unfortunately, Beirut’s historic buildings are now at risk of collapse following the devastating explosion that rocked the port area of the capital, on the 4th of August 2020, and destroyed parts of the city and the surrounding regions, such as Achrafieh, Gemmayze, Rmeil, Medawar, Karantina, and Mar Mikhael. That is why Lebanese officials and architects around the country are calling for quick action on reconstructing, preserving, and restoring these houses, in an effort to preserve Lebanon’s culture.

Here is what you need to know about Lebanon’s traditional houses:

Lebanon is home to impressive traditional architecture. Every region in Lebanon has a concentration of a specific type of architecture. Each type of these houses has its own character and is therefore distinct and different. In this article, we will be focusing on 3 types of houses that are commonly found in Beirut and its surrounding regions that were severely damaged by the explosions in Port of Beirut on August 4th.

a- The Triple Arcade House: The Triple Arcade House typology dates back to the 19th century. These houses are typical bourgeois houses that belong to the Ottoman era. They are made up of several dwelling rooms that are laid around a large central hall or room. This room is usually used as a living room. The front of this room is often decorated with triple arcade windows that overlook a balcony or a garden. Aristocratic houses also often have towers and porches. These types of houses are mostly found in Beirut, but can also be found in other regions, such as Zahle and Douma. They are mostly made with Ramleh stone and the ceiling with wood, while their main façade is made of arcades. Besides the three arcades that can be found on the house’s main façade, all other windows in the house are usually rectangular. In aristocratic houses, galleries and cornices can also be found around the façade. The decorations and architecture in Triple Arcade houses are inspired mostly by the Baroque, Moorish, Gothic, and Medieval art styles. The restoration of the Triple Arcade houses will be further discussed in the second part of the article.

b- The Wikalat: The Wikalat is an apartment building that goes back to the 19th century. It can have four levels at most and can include two apartments per floor. It often has shops on the ground level. The Wikalat is made with reinforced concrete pillars and Ramleh stone walls. In terms of structure, the Wikalat is made up of several dwelling rooms that are laid around a central hall or room. This room has triple arcade windows that overlook a balcony or a veranda. However, unlike the Triple Arcade house, this type of houses is not for the aristocrats. They are often rented out to families of different backgrounds and origins and are mostly found in Rmeil-Medawar region. The most dominant art styles in Wikalat are Baroque, Gothic, Moorish, or Art Deco.

c- The Harat: Harat are 3 to 4 storey buildings with verandas. This type of buildings began to be developed during the French Mandate, in the 1930s. Harat are generally surrounded by private gardens, with rooms symmetrically organized around the living room. The façade of the Harat is usually oriented towards the north and is often decorated with triple arcade windows. These houses are distinguished by their verandas, which have helped transform the urban landscape in the city. The verandas of this type of houses have, in fact, restored the possibility of staying outside, especially to the tenants on the upper floors who do not have access to a garden or a backyard. This outdoor space functions as a room in the open air, which is not the case with the narrow balcony of the Triple Arcade houses or the Wikalat. Harat houses are mainly found in the Rmeil-Medawar region. They have different art styles, mainly Art Nouveau and Art Deco, and sometimes Baroque and Moorish.

Lebanon is known as a country with high concentration of cultural assets and heritage. The country’s cultural heritage has often been in danger, as most of it has been damaged by the many wars and conflicts that Lebanon has witnessed over the course of years. Unfortunately, Lebanon’s cultural heritage is even more endangered today due to the massive explosion that shook the whole city of Beirut on the 4th of August, 2020.

The blast, which flattened the whole area around the port of Beirut, not only claimed lives and injured thousands of people, but also caused serious damage to Beirut’s monuments, religious sites, and main museums. Historic neighborhoods, such as Gemmayze and mar Mikhael, also suffered severe damage from the explosion. According to the Ministry of Culture, more than 100 historic buildings in Beirut have already collapsed and at least 8000 other buildings were affected, leaving more than 300,000 people homeless. Some 800 historic buildings were also severely damaged or destroyed, approximately 60 of which are still at risk of collapse.

3- Preserving the Existing and Restoring the Damaged

Preserving traditional buildings is very important to retain Lebanon’s heritage and history. After the destruction of many traditional houses in Beirut, architects and all concerned parties are now fighting more than ever to have the laws regarding the preservation and restoration of historic buildings updated by the Ministry of Culture. They are urging the Ministry to take quick action to preserve and restore the damaged houses before it is too late.

The preservation and restoration process can face a lot of obstacles. The most important part of the process right now is to obtain the approval of the owners and tenants of these traditional houses and have them engage and work in collaboration with the concerned parties to restore what was damaged of the buildings. Many associations in Lebanon fear that the lack of initiatives to restore the damaged buildings, museums and historic monuments will result in the loss of the country’s entire culture and history. This is why they are coming together to raise awareness and offer their services to the people, as well as the government.

Over the years, the number of traditional houses in Lebanon has decreased significantly due to rampant construction and a lack of preservation for traditional and historic buildings. Since the buildings in Beirut and the surrounding area play a major cultural role in the community, Lebanon is in desperate need for help to try and keep Beirut’s heritage and culture alive. As such, we will be presenting a few ideas in the second part of this article on the restoration of traditional Lebanese houses, namely the Triple Arcade houses, along with a few examples.